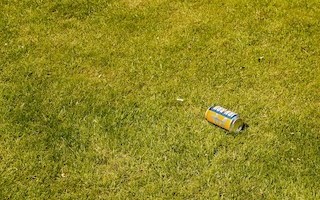 It’s the most wonderful, tiring and rainy time of the year! To have maximum fun at the Edinburgh Fringe 2013, follow these simple steps. Guaranteed to ward off Fringe Fatigue and Fringe Flu.

Before going in to see a show, a well timed wee is essential. Fringe venues aren’t made for inconspicuous exits and if you do slip out, you immediately become susceptible to audience interaction.

It’s such a good idea. But making a cottage pie and not eating it straight away is tough.

Put something proper on your feet

Like any festival, the Fringe involves lots of walking and portable toilets. A covered and supported sole is best to avoid blisters and seeping liquids.

Allow 10 minutes for the tourist slalom

Plan…but not too much

If you don’t have an idea what you’re aiming for at the Fringe it can all be a bit overwhelming. So book a few things you really want to see but leave plenty of gaps for impulse buys.

Fear Of Missing Out is inevitable at the Fringe because you are going to miss out because you need to go to bed. But if you repeatedly succumb to FOMO you will, at some point, end up sitting on the toilet, sobbing.

Have a great Fringe!

The F-Word: Consent must never exist only in the eye of the beholder