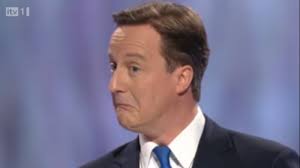 There are lots of reasons why this is the case; I contest the term ‘rape porn’ in the first place since it’s an oxymoron, so I’m not really sure that ‘rape fantasies’ are actually ‘rape’ fantasies, and I don’t want to stigmatise women that might fantasise about domination, or those who are already stigmatised because of other marginalised sexual identities and practices. I don’t like the thought of criminalising people for their choices and I don’t believe that the way to solve issues is to drive them underground. But what I really really REALLY can’t support about this proposal is the idea that consent can ever exist solely in the eye of the beholder.

It is precisely because I find abuse and violence so abhorrent that I take issue with this plan to ban. When we decide that abuse occurs at the discretion of an external viewer, we implicitly agree that it follows a narrative that is obvious and recognisable. We perpetuate myths of strange men and dark alleys and powerless women, and aggression, and outright violence, when the reality tells us that the majority or rape happens between couples, and yes doesn’t always necessarily quite mean yes thank you very much. When we censor a person’s right to agree, we also censor their right not to – the very butt of what makes rape rape.

That violence against women is quickly dismissed when it doesn’t fit into a neat little storyboard of stereotypes is obvious everywhere. There was widespread disbelief that someone as middle-class, middle-aged and domestically perfect as Nigella Lawson could ever be the victim of domestic violence when pictures of Charles Saatchi throttling her emerged in June. Equally, the only event that’s managed to get me to look up Big Brother in recent years was the forced eviction a few weeks ago of a male housemate who pinned a woman down by the neck and reminded her “what happens when he gets mad”. A glance over the related hashtag returned pages of teenagers commenting on how she’d deserved it by flirting and playfighting with him and “playing the victim”, something I doubt they would have said had the man jumped out from behind a tree and knocked his ‘playmate’ out.

As feminists, we rightly pile importance onto consent and our right to choose. We agree that women have the agency to make decisions about their own bodies, and that they have the ownership of those bodies to do what they please with them. This can’t expire when we feel uncomfortable about the choices concerned. There’s no evidence to prove a causal link between watching pornography and committing sexual violence, but if that’s what you’re worried about, then consider this – that maybe it’s just as damaging for our children to grow up thinking that rape and abuse always necessarily looks or sounds the same, that it doesn’t count when it doesn’t fit the template, that their voices don’t really matter because someone else can decide for them.

What is really needed in place of this knee-jerk censorship proposal is sex education that’s a million times better, and regulation of the sex industries to ensure consent and agreed standards of working conditions. We need to teach children that their bodies belong to them, that when they’re old enough to do so, they can use them how they please. We need to teach them that abuse isn’t always obvious and doesn’t follow recognisable patterns for our convenience. We need to teach them that stigma kills and that we should try and stop it doing so, by respecting the rights of everyone to do as they choose.

But most of all, we need to teach them that their voices do matter and are valued – and fundamentally we then need to make sure that that remains true, no matter what they choose to do with the rest of themselves.