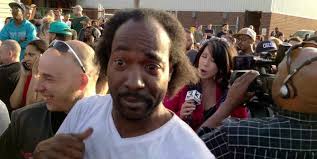 From Sleeping Beauty to Twilight, Rapunzel to Titanic, we, the gormless spoon-fed public, love a damsel in distress. We might be able to overlook Rose’s tragic fate, or supernatural tales of vampirism. The weird rapey undertones of Sleeping Beauty we can deal with, and we can get over the tricky physics of a ladder made of hair, just so long as the basic criteria is there – weak female victim(s), evil captor, unwitting hero ‘just doing what any man would do’. The media have cut no corners in constructing this week’s astounding events in Cleveland, Ohio, around the same criteria. It’s the story we all want to read; 3 pretty young women, an evil abductor with a cartoon-villian-esque moustache, a hilarious unwitting hero ready to recount his experience to anyone who’ll listen. It’s almost fairytale-like.

But scratch the surface and we begin to see that there’s more to this captivating tale than the media would have us know. In the days following the breaking of the story, questions began to be asked about why these women hadn’t been rescued sooner; why apparent warning signs had been ignored; why police hadn’t responded to previous alarm bells. The truth is an inconvient one to say the least, and it’s all there, nestled away in a sentence about Charles Ramsey’s McDonalds order, squashed into a garish blue text box at the side of a Mail Online article. The truth is that it’s all about us; that the existing fragments of information simply didn’t fit the criteria required to get society sitting up and listening. Since the beginning of the media’s coverage of this case, our fears and prejudices have been shown up for exactly what they are; from our feelings on domestic violence to our embarrassing anxiety to reinforce gender stereotypes at any cost, and everything in between.

Take our hero, McDonalds munching Charles Ramsey. Any good story needs a knight in shining armour; all the better if he’s a hilarious black man willing to take on the working-class hero role and engage in over-indulgent re-enactments of his version of events. Our desperation to put him at the centre of it all was palpable; we wanted someone we could collectively pat on the back from afar, and nod at encouragingly, and titter along with before turning the TV off and forgetting that he ever existed – The Guardian and Slate.com have both skilfully explored the issue of race in this instance, while writer Sarah Kendzior shrewdly tweeted, “I have a feeling half the ppl who say “Oooh I love watching him on the internet!” would turn away if they saw him on the street”. We needed a masculine hero at the centre of our fairytale story to make it a worthwhile one. It’s just killing two birds with one stone if he fits into other sterotypical boxes at the same time.

Receiving relatively little media attention in comparison to his act of heroism is the fact that Ramsey has been arrested 3 times in the previous 10 years for domestic battery, serving a total of 6 years in jail. I’m all for rehabilitation, and I find it warming that Ramsey claims his past has helped him become the man he is today, someone able to confront an apparent instance of domestic violence head-on and without fear. Make no mistakes, my criticism here is directed not at Ramsey himself but at society’s cringeworthy desperation to hold him up as a symbol of heroism at any cost, a desperation which stings of irony in a case that ultimately boils down to the issue of violence against women. But besides all this, Ramsey himself told CNN that he wasn’t a hero, that – the classic – he just did what any man would do. Except that in this case it seems that, while Ramsey’s actions should of course be applauded and can’t be overstated, they have overshadowed those of another hero – captive woman Amanda Berry who, worn down after 10 years confined to a basement, managed to kick the front door and scream enough to gather the attention of several neighbours, running straight out of the house and towards a phonebox where she called 911 and gave them all the important details in a display of awe-inspiring composure and common sense. But who wants a female hero? Not us, that’s for sure. Best put our minds to rest by rewatching the funny black man on YouTube.

Berry herself, along with Gina DeJesus and Michelle Knight, occupies her own unique role within this story. Here we find our damsels in distress, locked quite literally in a basement for a number of years, and reportedly subjected to beatings, rape and physical imprisonment using chains. That they escaped alive is incredible; that Amanda Berry and Gina DeJesus have been described as ‘healthy and remarkably composed’ is even more astounding. But conspicuous by her absence from the majority of media accounts is third victim Michelle Knight. We had no pictures of her until some days after the news broke; we still have only two. We know very little about her family background, except that it appears to be troubled. Apparently she has visible facial injuries from being beaten. Apparently she is suffering with post-traumatic stress disorder, exacerbated by an existing mental health condition dating back to before she was captured. Herein lies the ugliest of society’s double-standards; in our voyeuristic fairytale, we care about the damsels in distress only insofar as they are rescued, coming out unscathed and beautiful on the other side, and with a perfect nuclear family whose arms they can run into.

And so to the final character in our so-called fairytale, evil captor Ariel Castro. Questions about why he wasn’t investigated sooner seem perfectly legitimate in the context of claims that police complaints were ignored, and his son’s stark telling of how the doors to the home’s basement were padlocked shut. Neighbours reported seeing naked women on dog leashes crawling around his back garden; it was common knowledge that his wife left him after years of physical and psychological abuse. But in fairytale land, ‘evil’ has to be clear-cut and visible; a severed hand here, a wicked spell there. In real, non-fiction land, domestic violence doesn’t occupy that territory. It’s messy. We ignore it. We tell ourselves that it’s the business of the family within which it is happening, that it’s nobody’s concern so long as it remains confined to the family home. And so, over here in real life, these clues were brushed aside, as they so often are, in the pursuit of a more comfortable fairytale story.

Across the whole of this case there is evidence of this kind of moulding and glossing over. Anything we find a bit sticky is brushed aside. Anything that doesn’t fit our fairytale template is neglected. We want a Disney story, complete with stock characters who don’t overplay their roles. We want our preconceptions about gender, race and class to be confirmed. We want our fears to be abated. We want Rapunzel in her tower, rescued by a knight in shining armour via her most valuable attributes; the physical ones that make her beautiful and desirable  But the coverage of the Cleveland kidnappings has shown that this so-called fairytale isn’t a fairytale at all, and it isn’t about Amanda Berry, Gina DeJesus, Michelle Knight, Charles Ramsey or Ariel Castro. This is a horror story, and it’s all about us.

The F-Word: Why I’d rather be a funge than a frapist