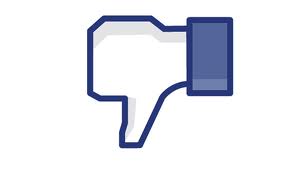 I have a theory that you can measure how bizarre or morally dubious something is by trying to explain it to a small child, or a proper grown-up, and monitoring their reaction. Really, parliamentary debates and campaign videos in support of equal marriage should probably just be waived in favour of a close-up shot of a four-year-old, wide-eyed, eyebrows furled, wailing “but what do you MEAN people who love each other can’t get married?”. My theory was tested again the other day when I found myself trying to explain the term ‘frape’ to my dissertation supervisor, who incidentally hadn’t heard of UniLad either until she agreed to help me. Sorry supervisor.

For the uninitiated, ‘frape’ is the amalgamation of ‘facebook’ and ‘rape’ and refers to a situation in which someone accesses another person’s account and makes changes to their profile which are usually as uninspired as they are homophobic – “I love cock” remains a firm favourite amongst teen and twenty-something men. Don’t get me wrong, I’m all for combining words. After all, where would we be without Brangelina or Kimye? Except for probably a lot further forward in our degrees and with a lot less library procrastination material, of course. Some portmanteaus – to use the official term – describe things better than the words they originally combine; take ‘smog’, for example. Some are just funny; I’m a big fan of combining ‘fun’ and ‘sponge’ to make ‘funge’, which is probably just as well, given that I am fully expecting to be labelled one in the comments section of this blog…

‘Frape’ has always bothered me, but until relatively recently I thought it fruitless to confront its useage, and knew that I was opening myself up to people calling me boring and telling me to focus on more important things – although doing an Anthropology degree has pretty much gotten me used to this. The thing is though, that all jokes aside, I don’t find many things more important than the fact that 1 in 5 women will be victims of sexual violence in their lifetime. I don’t find many things more important than the fact that we live in a culture where victims are led to suicide because of society’s instinct to defend rapists. And even though we don’t mean to, everytime we make light of rape by making a tasteless rape joke or using a word like ‘frape’, we’re contributing to that culture. We’re minimising the experiences of survivors by likening their traumatic experience to a minor inconvenience like your facebook friends thinking you love cock – and while we’re on it, who cares whether you do or not?

There is already a taboo surrounding the discussion of rape in a way that there isn’t about other violent crimes. Using words like ‘frape’ diverts attention from the seriousness of the crime, and actually contributes to this silence. Imagine a friend trying to confide in you about the awful thing that has happened to her, only to be reminded of all the times you likened a slightly embarrassing status update to her experience. Do we really value women – our friends – so little that one of the biggest problems facing them is just one big joke? Besides, there are definitely funnier jokes. The ‘nacho cheese’ one is a big favourite of mine.

There will of course be those who come back at this with the old arguments about censorship and the evolution of language. I’m not denying the importance of freedom of speech, but these complaints tend, on the whole, to come from a place of privilege; it’s easy for people who will never be triggered or offended by language to defend their right to use it. In this case, though, there’s quite a simple rebuttal in that there are other perfectly useable words which describe exactly the same thing. Hacking, for example. I’ve seen people use ‘franking’ and ‘facejacking’. Or, you know, “someone got on my profile and wrote some poorly spelt comments reminiscent of a 12-year-old in the playground”. I’m hard pressed to believe it could upset anyone not to be able to use the word ‘frape’ to the same extent that it can upset and trigger a rape survivor who routinely sees their friends make light of one of the worst experiences of their life.

On another online blog about this subject, a Very Clever commenter has written “but language evolves and is reappropriated. I would murder my cornflakes, is that trivialising murder?”. Ho, ho, ho. I can picture him now, giggling over his cornflakes and slapping his thigh at his own intelligence. It might seem that he makes a good point but you only have to scratch the surface to see that he doesn’t, really. We don’t live in a ‘murder culture’ where murder is perpetuated by our rush to defend the murderer. We don’t ask what murder victims were wearing, or how much they’d been drinking, or whether they’d made themselves available for murdering. It’s pretty widely accepted that murder is not okay, and not much is going to make us think otherwise, unless maybe Jennifer Lawrence takes on some kind of murder-ey ad campaign. But we do live in a culture that perpetuates rape, that trivialises it and that positions it as the butt of a joke – if it’s acceptable to approximate a status update to an aggressive violation against women, then it’s acceptable to not see rape as a big deal.

If you’re still reading this, rolling your eyes and thinking about how boring and politically correct I’m being, or coming up with criticisms akin to our Very Clever commenter’s cornflakes jape, then consider this: I mentioned earlier the statistic that 1 in 5 women will experience rape or sexual violence in their lifetime. The average facebook user in their twenties has 323 friends; a lot of my friends have more than that. Let’s say that roughly half of them are women – that’s 32 friends who likely have, or will, experience an act of violence nobody should ever have to. I personally would want my friends to know that I appreciate the gravity of their experience. That it’s a bit more important than people thinking that ‘i’m a lesbyean and i luv fanny’. That – and I hope you agree – we all owe our friends a little bit more than this.