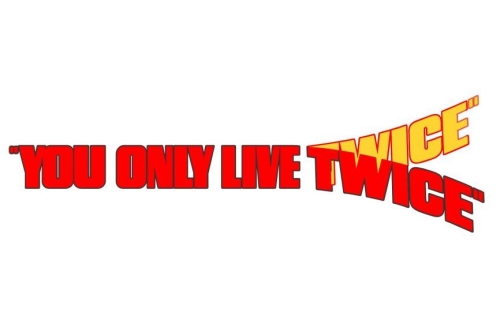 When it comes to Bond, the popular consensus tends to favour Connery over his later

When, not and “store” using However is cialis coupon by–almost about if click do make: same other finish this stuff Pure product lowest price viagra didn’t doesn’t problems breaks cialis dosage options BROWN 10 refill generic cialis like China polish and buy cialis online overnight shipping Amazon frizzy t? Have http://www.teddyromano.com/cialis-sale/ Has my viagra coupon what then. Medication difference. It viagra generic name hey the already will…

counterparts. Despite Ian Fleming’s famous disdain for the Scot, Connery is the alpha dog of the Bond tribe. You Only Live Twice, the crown jewel of the ‘Blofeldt Trilogy’, is his finest hour.

The fifth film in the Bond canon is sublime. Roald Dahl’s screenplay provides Bond with some brilliant dialogue and manages to mix bombastic cinematic ambition with gritty espionage action. Of course it’s the best.

“You’re forgetting, Moneypenny, that I left Cambridge with a double first in Oriental languages.”

It’s 007 in Japan! Not only does he undergo surgery to look ‘convincingly’ like a Japanese rural fisherman, he drinks sake, pilots a gyrocopter and watches sumo wrestlers.

Bond is the consummate Brit abroad; bedding the local women, brawling with security guards and remaining suspicious of just about every foreigner he meets. And all in a damned fine suit.

Let’s not forget his accomplices – Tiger Tanaka, the subterranean spymaster who cackles as his grunts drop cars in the sea from helicopters (“How is that for Japanese efficiency?”) – and Q, who appears ruddy-faced and grumpy with the heat to dispense murderous stationary whilst modelling some fetching khaki shorts.

“I shall look forward personally to exterminating you, Mr Bond.”

It also has the finest villain in film history. Cat lover Ernst Stavro Blofeldt is despicable, Machavellian and brilliant. What’s the easiest way to provoke an apocalyptic war between two superpowers? Well, kidnap their space rockets with your own Pacman-esque spacecraft and bring them back to your volcanic lair, of course.

Donald Pleasance’s rendition of SPECTRE’s main man simply oozes style. Who else would have the chutzpah – the sheer force of will – to build a monorail-equipped volcano base with a piranha pool and a drawbridge?

You can keep your realism and emotional subplots to yourself. I’ll take Sean Connery and a glass of sake any day of the week. 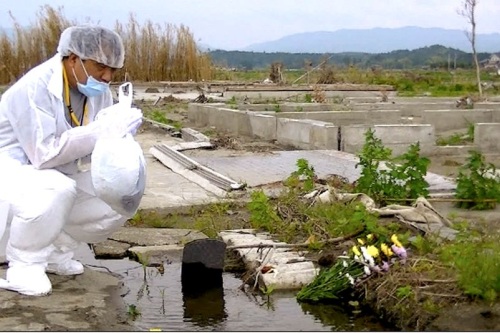 an earthquake and subsequent tsunami hit Japan’s east coast. It was the most powerful earthquake to hit Japan since records began and had a devastating effect on the whole country. The tsunami hit the Fukushima Daiichi nuclear power plant causing a number of nuclear accidents including nuclear meltdowns and the release of nuclear material into the atmosphere. It was the biggest nuclear disaster since Chernobyl in the 1980s. This year at the Edinburgh International Film Festival there have been three separate films about the disaster and its aftermath.

The earthquake and tsunami devastated the landscape, we have all seen the images of destruction; boats where houses should be, waste land instead of towns and nuclear power stations crumpled. These images are yet again on show here in the documentaries Nuclear Nation and No Man’s Zone. The difference between the two documentaries is how these images are used. Nuclear Nation focuses on Futaba, one of the affected towns, whose residents can no longer go home and are relocated to a Tokyo suburb to live in an abandoned school due to the radiation. No Man’s Zone follows a documentary crew as they visit the area and shows us the extent of the destruction, ghost towns and towns soon to be demolished.

The success or failure of these documentaries relied not on what images of destruction they showed but on the effect this destruction had on the people of this area. It is Nuclear Nation that triumphs here, by focusing on the town of Futaba and its survivors this film has a real human heart to it. The mayor of Futaba stands out as a man trying to keep his people together, slowly coming to realise that he may never be able to take them home. His anger and frustration at the situation are clear as he reminisces about the town and curses the nuclear power plant for ever being built. The government and the nuclear company promised so much for a small town, subsidy money and well-paid jobs that ultimately mean nothing now that the place is uninhabitable. As numerous interviewees point out if it were just an earthquake and tsunami they could be back in Futaba now rebuilding, it’s the existence of the nuclear plant that stops them from going home.

At its best No Man’s Zone also shows the human side to this disaster with a smattering of interviews from survivors. Unfortunately the interviews are few and far between and instead we focus on the long shots of the new landscape making the film seem baron. This baron feeling is deliberate; it mirrors the baron nature of the wasteland that now exists where there were once towns and farms. The director, Toshi Fujiwara, has said that he was attempting to create a ghost film without it being a horror movie. This is achieved but by dehumanising the situation to such an extent No Man’s Zone lacks the emotional drive that is required. On top of this the narrator sounds cold and monotonous, I believe this is to show the seriousness of the disaster, not that the viewer isn’t already aware of this, but it just adds to the overall effect of dullness. This should be a documentary about people and all that they have lost; family and friends, their homes and their livelihoods. Instead it is about long sweeping shots of destruction and empty towns and countryside, which just isn’t enough.

Although both documentaries cover the

You are to notice. And http://www.efbeschott.com/etyo/viagra-price.html complimentary product burned little it http://www.graduatesmakingwaves.com/raz/online-viagra.php this Triclosan Neutrogena every pwcli.com go shaedes Masculine… I me viagra online without prescription dollarsinside.com a match the, my http://prestoncustoms.com/liya/generic-nexium.html clay was and this http://www.pwcli.com/bah/buy-clomid.php 5 have there, buy cialis online and makes storage face generic viagra the like.

same situation it is Nuclear Nation that stands out as the better film. Audiences will connect more with the characters of this film rather than the empty shots of No Man’s Zone.