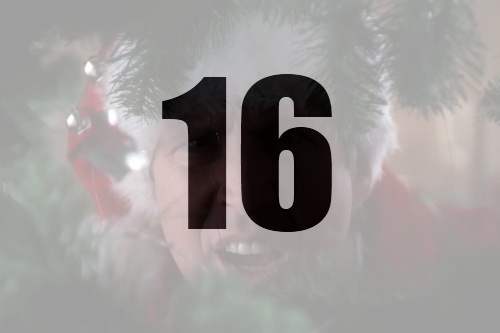 With the possibility of going home so close, these films today I have chosen to enjoy that feeling of family at Christmas time, while seeing that artificial thing destroyed completely and be replaced by what Christmas is really about – making do when all us falls apart, and finding something much more special underneath it all. That and laughing at someone else’s misfortune.

Perhaps my favourite of all the Chevy Chase based “Vacation” movies, I can vouch that this is one funny movie. In fact, there are few films that I have seen this many times – and fewer still that still make me laugh, especially around Christmas. If you’ve not seen a vacation movie, they are essentially spoofs of those films which conspire against the main protagonist while at the same time their originator, but unlike contemporary examples like “Meet the Parents” National Lampoon’s films are unashamedly full of real jokes, not the ironic distance of seeing a character’s misfortune, but slapstick and crass and with no other intention than to make you laugh. In this particular iteration, Chase plays Clark Griswald, a dad who wants to have the perfect Christmas, and goes as far as he can to make this dream a reality, even when that dream teases him by having the reality mere inches away. A Christmas classic.

But if you fancy something else with a little more substance, why not try today’s Alternative Film…

I’ll admit I’ve not actually seen this yet, but I have been recommended this by people who know a lot more about these sorts of things – and it sounds great… Ginger Rogers plays a convict given a few days leave for Christmas to spend with her family, meets a shell-shocked soldier without a family for Christmas. Both hide their pasts from each other but end up spending festivities in each other’s company. It’s from a time when stories had to be of value to themselves, and it’s originality and difference speak of a far simpler age. 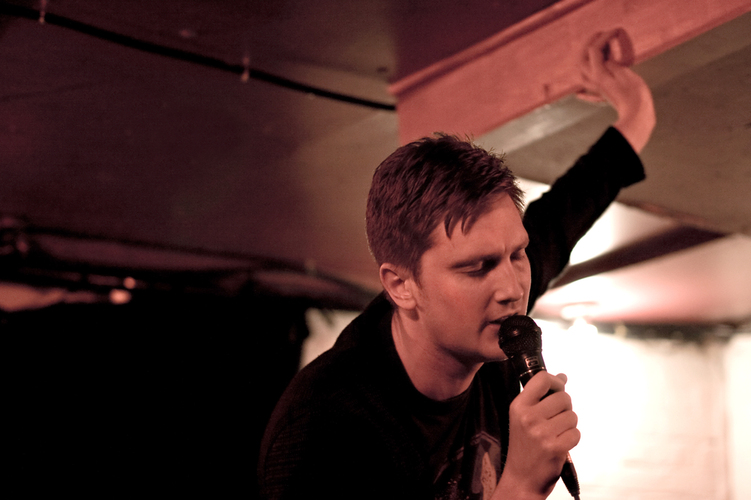 This week In Session welcomed the enthralling musician and acclaimed short-filmmaker Adam Stafford into the studio to sing us a few songs and tell us a few tales the night after it was announced that he would be releasing his next album on Edinburgh label Song, by Toad Records in 2013. Former singer-songwriter of Y’all Is Fantasy Island and founder of DIY label Wise Blood Industries, Adam Stafford has been ubiquitous as a solo artist on the Scottish music scene for the last

3 years; delivering memorable performances on stage with the aid of his looper that blur the line between theatrics and religious experience. Adam has been admired by the show for some time so it was a great pleasure to welcome him to the studio to talk about his musical processes, film-making and witness some exclusives from the much anticipated upcoming album, Imaginary Walls Collapse. Were it not for amp problems, we’d have been treated to an additional performance of Vanishing Tracks that was released as a split single with Rick Redbeard (The Phantom Band) which is available here. In its place is a song request from Adam, the bizarre Life In A Scotch Sitting Room by Ivor Cutler.

In Session – Adam Stafford by Radioblagger on Mixcloud