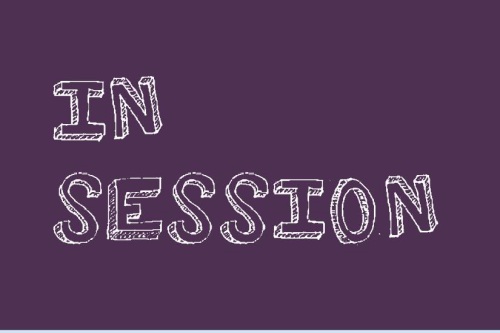 Around this time last year, we released a charity compilation under the title of In Session’s Series One Mixtape. We had had a stormer of a rookie year in 2011, achieving far more than we thought possible for people with little to no contacts in a Scottish music scene that was showing signs of the revival it seems to experience every five or so years. Having gained so much from that experience, I thought it would be a nice thing to release a free mixtape for the benefit of the fans that had encouraged us and the fantastic musicians that had so generously offered their time to the show. At the time of release, there was some uncertainty as to whether we could continue to produce a show that may have fluked a decent first series. The thought of there being a series two mixtape was somewhat fanciful and, if so, who we would have on it would take some effort to match the first one. But here we are. I have written this little preamble to the main event as we, Lily and I at In Session, are in very much a similar position as to where we were last year. We have, again, surprised ourselves with what we have achieved in the last twelve months; and I must stress that ‘achieved’ is used liberally as essentially we just pestered our favourite bands enough and not too much until they agreed to have a chinwag and play some songs for us. What is different this year is that we are comfortable with the uncertainty that paves the future of the show. An in-joke Lily and I shared at the end of series one was that the ultimate aim of the show, a show that showcases Scottish music, would be to welcome Frightened Rabbit in session. Well we did that; so we had to reassess. There are no targets anymore, only people whose music we love

and whose brains we want to pick between songs like Sylar in his pomp. Scottish music is as rich and exciting as it has been for some time and I consider myself fortunate to be entrenched in that environment as a small platform for some terrific people to people showcase their talents. So, to everyone who has supported us by performing, listening, or saving the show when my technical guesswork doesn’t quite work for some reason, thank you. Now that the sop out of the way, we are immensely proud to present to you In Session’s Series Two Mixtape! Like the first mixtape, this is a completely free compilation for you to savour but there is the added option there for you to contribute some money that will all go towards the charity Shelter which would be greatly appreciated. Whatever you choose to pay, you will find the same 24 songs on the mixtape, a selection whittled down from a possible 40 with the self-imposed rule of there being no more than two songs per artist. Every artist that performed a song either in the studio or on location is featured in the compilation and I do believe that what we have ended up with is a bit of a belter. Tracklisting:

You can download In Session’s Series Two Mixtape right now from http://insession.bandcamp.com   I was a bit flabbergasted whilst putting this together to see that we have recorded nearly five hours of session songs…. five hours! I’m not sure what we will do with the spare tracks yet but they are all available from the podcasts on our Mixcloud. Meanwhile, we’re already putting together the Series Three Mixtape following sessions with Simon Herron, Adam Stafford, Hiva Oa, and End of Neil. We’re going to keep pestering the people we love and we’re going to keep doing this for as long as we can. It’s bloody fun! Please follow us on Twitter and like us on Facebook for more regular updates as we’d be the first to admit that we are not the most reliable bloggers.   In Session broadcasts live on Freshair.org.uk every Saturday from 6-7pm featuring a plethora of the hottest new music from the Scottish scene, a roundup of recent and upcoming gigs, and, of course, a guest performing live in the studio.