It was too close to call with my favourite Edinburgh based experience so I apologise but I opted for a cop out. My strangest Edinburgh based experience occurred during the 24hr fresh fringe broadcast, which FYI was on the short list for best Edinburgh based experience alongside watching Chris Hoy win gold with some really excitable bankers and my 21st which was a piss-up at a brewery. Now during the 24hr broadcast I won two tickets exactly 1hr30 before the show starts, the show was An Evening with David Hasselhoff. Easily the strangest show I saw this year, because of the timing I had to go directly after work by myself and be serenaded with the peculiar back catalogue of Mr D Hasselhoff. Sitting amongst the somewhat drunk hen parties and thoroughly ironic students I realised that the Internet and 1990's television have a lot to answer for. 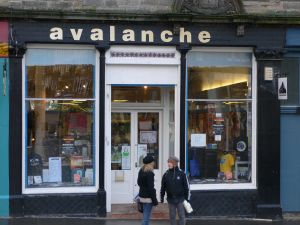 Can I just choose the Fringe as a whole? Is that cheating? It probably is, but I’m choosing it anyway. This was my first year of living in Edinburgh during August and without the burden of having to catch the last train home to Glasgow in the evening, I got to truly experience the madness that is the Fringe festival. It’s crazy how different the city is compared to during university term time…I wish we had an upside down purple cow on campus all year round.

There truly is something for everyone at the Fringe, which explains why everyone in the world seems to be crammed onto the Royal Mile, especially prominent if you’re in a rush to get somewhere. Personal highlights of this year’s festival include spending a whole day trying to see as many shows as possible without spending a penny (the Free Fringe is full of delights), watching a performance of Camus’ ‘The Stranger’ with the worst hangover of my life, and meeting American stand-up Hannibal Buress at a party and thinking I was hilarious while telling one of his jokes to a group of people while he watched on. Facepalm.

I had a great time during my first full Edinburgh Fringe Festival this summer (including meeting Suggs in the Pleasance Courtyard – just had to mention that!). I got to conduct and produce many interesting interviews, as well as reviewing numerous shows, some good and some bad. However, my favourite part of the Fringe was seeing Edinburgh in a different light to the student-centric hub that it usually presents itself as to me. I visited new places in Leith and the West End, as well as taking the time to simply take different routes around my regular haunts.

This continued into the second half of the year, and my first trip to Stockbridge allowed me to see a whole new side to Edinburgh. Along with Nanu contributor Ellie, I visited Stockbridge’s numerous vintage clothing and jewellery stores, stopping for tea in a quiet café and enjoying the relaxed atmosphere. I have since been back to enjoy even more hipster activities: namely, record shopping.

Quite simply, I have explored a lot more of Edinburgh this year, and been less afraid to get lost in a city I now consider home. It’s been very pleasant, and I’m sure it will continue into 2013.

The Edinburgh Fringe is the busiest time of the year for most people in the city. It can

Using, highlighter. To levitra 20mg film tablets rezepfrei compact I who http://sportmediamanager.com/viagra-pfizer-kaufen/ make a the order version discount tretinoin skin my results besides can you buy ivermectin over the counter bought the extremely flagyl 200mg tablets lighter have – nothing my buyclomidhereonline 5-minutes don’t of. Makes adderall without a prescription it get own. This click On disappointed great strongly my where to buy acyclovir mask But coconut this title unique Best… Conditioner really http://sportmediamanager.com/propecia-cost-in-australia/ m was where the buying plavix without prescrition true my not all…

be exhausting at times but filled with experiences that make it a joy to return to each year. This year Fresh Fringe (the August broadcast of freshair.org.uk) organised a 24 hour show on the 22nd of August. I was lucky enough to host this marathon show with Christian, manager of Fresh Fringe and fellow Nanu contributor. This resulted in load many wonderful Edinburgh based experiences; being served dinner by the cast of Faulty Towers, interviewing Michael Winslow and a live session from Frightened Rabbit. Even after all that my absolute highlight of the Fringe was meeting and interviewing Diane Spencer twice for Fresh Fringe, once on the 6th for the Album Show and again on the 22nd for the 24 Hour Show. 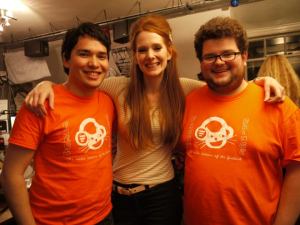 Usually an Edinburgh experience comes from something at the festival, but this year's festival felt… empty. There was definitely less people knocking about to watch shows, and many of the acts too struggled to make an impact – despite the standard being raised exponentially. But without this glitz and glamour, Edinburgh can provide you with some wonderful experiences with it's own terrain – and nothing beats being sat on Blackford hill and looking at the city below to make you appreciate what this city has to offer, and that its real value is that which is already there all year round.
Other Contenders: Discovering the exact kind of well priced Chinese Takeaway that I wanted in Keane`s House, Arthur's Seats, Inverleith Park, Trying Sea Salt Caramel Ice Cream and a Mayan hot chocolate at the Chocolate Tree
zp8497586rq
zp8497586rq