I have a confession. Actually, I have two. Confession one: I don’t watch tv. Being a ‘poor student’, I don’t own a television set and I haven’t really been intrigued enough by any particular series to motivate me to search for it online. I usually just buy box sets based on recommendations. Saying that, there is one certain ‘reality’ tv show that has had me glued to my laptop screen every Monday night of 2012. And here lies confession two: I am a Made In Chelsea addict. There, I said it.
I used to scoff at the very idea of watching a scripted reality tv show which documents the privileged lives of a bunch of annoying London rich kids. Now, I’m hooked. All they really do is go for cocktails and bitch about the other characters, but there’s just something so entertaining about horrendously awkward silences, especially when teamed with a twitter live feed. Oh, and Millie slapping Spencer has to be the television highlight of 2012!
I’m ashamed of myself. New year’s resolution: start watching some decent tv.

This was difficult, I have spent a lot of time considering shows which started this year my short list was Girls, House of Lies and the Newsroom. All three shows show the strength of cable output in America. Sherlocks ludicrously strong second season showed that the BBC can still keep up with her counterparts over the Atlantic. My current top 5 sitcoms are Its always sunny in Philadelphia  New Girl, Happy Endings, Community and Cougar Town. New Girl and Happy Endings in particular have grown substantially over 2012 whilst the others wrestled schedulers. The Newsroom is my top pick of the Year however, I am a huge Sorkin fan and it really was thrilling to see him apply his grandiose rhetoric to something that actually mattered again. From the Deepwater Horizon spill to Tahrir square The Newsroom provides a Sorkin twist on real slightly delayed news. It's a must watch for any Sorkin fan still feeling burned by Studio 60 and any fan of interesting character driven drama dipped in real life current affairs.

Television has been growing in quality the last few years, and exports from America are becoming more prevalent in normal discussions with friends over here – often without an official airing or local broadcaster which is tremendous. Of these, Breaking Bad has been essentially viewing, and is winding down in what could end up being the best television show of all time. 30 Rock and the Office are similarly shutting shop and it playfuddle.com would be remiss to ignore their impact on television in general. However, the my favourite TV show of this year is probably the Newsroom – I'm a sucker for it's creator Aaron Sorkin, and this was as addictive as the West Wing and more accessible too. It doesn't hurt that it is about something I really care about – mainly median and politics. All the acting is great, and the writing is smart – the way it relates to our immediate past and creates some kind of alternative utopian vision that seems more achievable than the liberal wet dream that Sorkin usually lives in is a revelation – but Sorkin has managed to make really watch-able,
buy cigarettes online
buy cigarettes online
candy TV say something important, and for me is an invaluable watch.
Other Contenders: It's Always Sunny in Phildelphia, American Horror Story, Modern Family 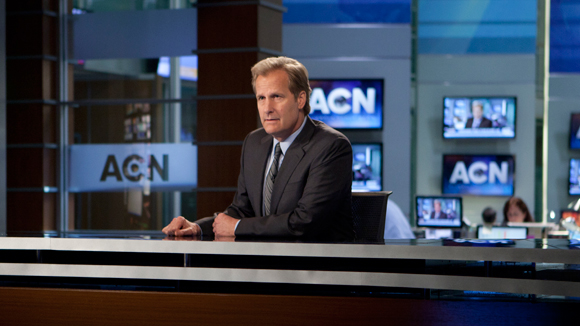 As an enormous Aaron Sorkin fan, I was excited and apprehensive to see the first episode of The Newsroom. The first half an hour was hardcore, Bartlet-esque American dream rhetoric: it was a bit much to handle, but by the end of the episode and the introduction of central characters Mackenzie and Jim, I wanted more.

The premise of The Newsroom – covering real-life events in the fictional setting – is different to anything I’ve watched before, and works extremely well. As well as being humorous, the personal storylines of each character are engaging, and as a wannabe journo, the behind-the-scenes style look at how a newsroom works is intense and exciting. I was so engrossed in the emotion of each and every episode that I wasn't even offended by the clichéd use of Coldplay’s ‘Fix You’ at a particularly poignant moment.

Sure, it’s not how TV news really works in real life – but that would be boring. I can’t wait to see which of 2012’s news items appear in the next series.

The Newsroom is getting a lot of love in this list. I too was taken by Aaron Sorkin's latest television outing, and I struggled with this choice, but it was HBO's Girls that stood out for me in 2012. Girls creator Lena Dunham has brought something really special to TV and though at first I was incredibly sceptical and the first episode failed to grab my attention in any great way, after spending time with these characters I fell for this show. It is certainly flawed and the characters range from unlikeable to annoying but I have not been so caught up in the stories of any other show this year in the same way I was with Girls, also some of the funniest moments . I would highly reccomend seeking this show out on DVD.  Check out the trailer for series two below: