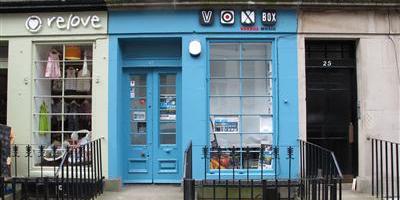 By winning the Mercury Prize alt-J's An Awesome Wave doesn't need me to heap any more praise upon it, but I will be choosing it as my album of the year purely based on number of plays. There have been few albums that I have listened to more this year, and all the albums I have been listening to above this album were released in 2011; Future Islands, Baths and Youth Lagoon are the only albums that surpass alt-J. Please go and check it out. In fact check it out below:

I would also like to give a quick shout out to the song of the year Call Me Maybe by Carly Rae Jepsen. What you havn't heard of it? Well aren't you in for a treat.

I have revisited no album more this year than Lana Del Rey’s Born To Die. As someone who is generally ambivalent towards pop singers, I could never have predicted this based on Video Games, the single that piqued everyone’s interest back in 2011. The album, and Del Rey herself, have not been entirely well received. Musically, some of the album tracks have clear weak points, while her “ghetto Nancy Sinatra” persona has been heavily criticised given her wealthy roots and family history. These are valid criticisms which I fully take on board: in fact, it took me over two months to listen to the album for the first time. Then, I felt it to be distinctly average.

Yet, somehow, I slowly but surely was hooked. It is difficult not to become engaged with Del Rey’s stage persona, her subject material, her dreamy, vintage-imitation voice. Her version of all-American girl attitude is the antithesis of the Taylor Swift brand of the same product and there’s something so utterly appealing about it.

Standout tracks include ‘Blue Jeans’, ‘Diet Mountain Dew’ and, of course, title track ‘Born to Die’. November’s extended “Paradise” edition of the album adds extra layers of darkness and beauty: ‘Blue Velvet’ is an instant classic, while ‘Yayo’ and ‘Bel Air’ are smooth and dusky, at times reaching ethereal heights. Lana Del Rey’s fragility and husky beauty won me over in 2012.

Of Monsters and Men, My Head is An Animal

I struggled with the choice of 2012 album, there are jameshallison casino several albums that I have listened to extensively but I felt it was cheating to choose Rumours by Fleetwood Mac or every single Bruce Springsteen album. Instead I whittled down albums released in 2012 that I listened to a lot (not necessarily because they were good) the list came down to two a guilty pleasure and a genuinely good album. These were Red by Tayler Swift and My Head is An Animal by Of Monsters and Men both solid albums, I'll leave it up to you to guess which was the guilty pleasure.

I've not been keeping tabs on the music industry as much as I'd have liked this year. It's hard to know what's going on, with release schedules so dramatically diffused that an album's official entry into the world has no purchase any more unless you really try to find it. That said, when David Byrne releases anything it becomes an event – and his collaboration with St Vincent “Love This Giant” is something you'd have to struggle to ignore. Never conceding to modern trends, Love This Giant still feels fresh and original, and works with some remarkably strong harmonies combined into a punch record that is really something else. It defies pop cheesiness without becoming anything it isn't afraid to be. In fact, I think I know at least one person who is getting this for Christmas.
Other Contenders: Django Django//Django Django, Hot Chip // In Our Heads

Something for the Weakened b

Nanu Lists of the Year: Edinburgh Based Experience