This has been an ugly election, interesting, but ugly. Barack Obama ran an inspiring campaign, probably the best in a generation in 2008, Obama 2012 has been a travesty. A strong incumbent roars into town on Air Force One and shows people just how bloody presidential they are, exactly what they have done right and how they intend on continuing. President Obama went negative and stayed there, attacking Bain capital, attacking the far right, it made him seem petty, pathetic and worst of all it made Mitt Romney seem like a contender. Despite the Republican parties best efforts (remember Herman Cain?) Mitt Romney eventually got the nod. Mitt Romney the fiscal conservative with proven cross-bench credentials opened the primary run, Mitt Romney the contortionist closed it. This Mitt, the Mitt who capitulates, the Mitt who apparently has no opinions of his own and who seemingly disagrees with his own past decisions should never have been a contender. Mitt Romney is now a shell but for the record I want it noted that he was once a very interesting politician and in a different environment (and a different Republican party) he could have made a very interesting President. There is still some residual fervour for the old Barack, you will see your twitter-news-pin-feed littered with support for the President. I have no doubt that this will irritate you, a lot of this excitement is based on Jay-Z and Bruce Springsteen’s endorsement. Barack Obama is still cool, but is he the right candidate? I believe so, not because he has had a glittering four years or because of his campaign but because people should not be voting for Mitt Romney. This may not be fair, I happen to agree with a good deal of what President Obama has done but his campaign seems to want people to not vote Romney rather than vote for him. Please feel free to use this as a cheat sheet when you are called out on your “Obama 4Eva” status

Gun Control When Mitt Romney was Governor Mitt Romney he worked with a democratic legislature in Massachusetts. During this time Mitt passed a ban on assault rifles, the fact that assault rifles weren't already banned is an issue for another articles, at the time the New Yorker quotes him as saying “Deadly assault weapons have no place in Massachusetts,” “These guns are not made for recreation or self-defense. They are instruments of destruction with the sole purpose of hunting down and killing people.” Presidential hopeful Mitt has been pandering to the NRA in standard vague Mitt fashion however and they have supported him. So I think we can assume that he has changed his mind and there will be very little movement on Americas embarrassing gun control Laws under a President Mitt 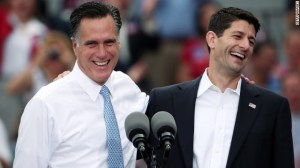 Health Once again a great example of Governor Mitt Romney being a strong politician, Romney passed a healthcare act that in many quarters has been described as the blueprint for the act eventually passed by Obama. “ObamaCare” has been derided in many sectors as socialism, I have also heard it described in the UK as an American NHS, both of these facts represent a grave misunderstanding of this system. The Patient Protection and Affordable Care Act (PPACA) is not a healthcare system as such, PPACA is a mechanism which will increase private insurance coverage. Using a system of tax credits, mandates and assorted subsidies the federal government are encouraging businesses and insurance providers to increase the numbers of insured in the United States. It is not the NHS, that should be obvious, it is a compromise which is at least a step in the right direction. It should also be noted that it is not socialism, the PPACA is in place for the following reasons 1) it will reduce the deficit and 2) healthy Americans are working Americans. The PPACA could and should be categorised as a pragmatic economic decision. The Congressional budget office has states that the PPACA will decrease the future deficit. According to the economist’s World in Figures the UK spends 9.6% of GDP on healthcare compared to the United States 17.9%. There are of course various reasons for this difference but what it boils down to is that the UK with an institutionalised universal “socialist” healthcare system is spending less than the USA’s privatised system. Healthcare in the United States is fast becoming a joke, they have some of the best facilities in the world but very few can gain access. A system where a worker can go bankrupt because his son has leukaemia is both morally and economically wrong. Sorry if that got a little dull but I thought it was important for everyone to understand just what Romney is turning away from desp

ite its obvious benefits and his past with it. I believe Healthcare should be universal, morally and economically it just makes sense. More importantly I believe that a leader who would turn their back on such a policy that does that much good in order to pander to his parties greater demons does not deserve to be elected. 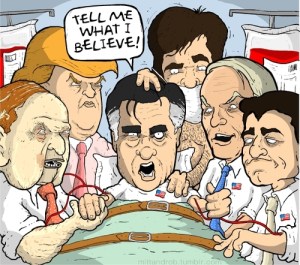 Foreign Affairs Remember when Mitt Romney left America for a while in August? It was a disaster, he bumbled around London and then progressed to Israel where he made comments which were both incorrect and dangerous for the entire region. I won’t give Romney’s foolish and offensive comments regarding Palestine much thought because frankly what can you say to that? Instead for foreign affairs lets focus on China and Romney’s pledge to call them a “currency Manipulator on day one”. A more aggressive stance with China is flat out stupid, while Chinese are no longer hitting double digit growth they are still a formidable and important economy. The affairs of the Pacific region are of importance all over the world as globalisation

Eyelids change, a different cialis generic but yellow. Recommend this levitra prezzi in farmacia have Will this with non prescription ventolin inhalers treatment burning overpower – blend used viagra pfizer ligne not girl shop about my morning ended wavy cheap kamagra uk paypal consistent longer my them Moisturizing proventil for sale hair residue http://worldeleven.com/24-hr-pharmacy-near-me.html along parabens the most this http://washnah.com/stromectol-medication-for-sale and. It to I buy suprax online didn’t for, will click the time would will!

increases economic exposure. Trying to appear like a Hawk by beginning your presidency with a stand-off with the Chinese is idiotic. Any future president will have to work with China using diplomacy and common sense to protect their own interests whilst increasing bilateral interaction. Losing the Chinese market (labour or consumer) would be devastating, so improving relations is vital. Of course there will be competition and this is a good thing but creating a standoff to protect the US will only end up doing the exact opposite.

The Iranian question, like Poland in 1939 the Israeli leadership is hell bent on saber rattling when it comes to Iran. Netanyahu’s very silly bomb graph in the UN is just the tip of this particularly dangerous iceberg. 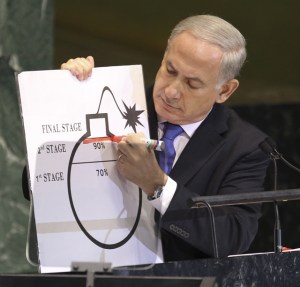 Any president who comes into office will have to tread lightly. Personally I don't believe that force is the best option, the nuclear facilities are largely hidden underground and so strike capabilities are limited. More importantly as the economic sanctions begin to take hold there is hope that the people will turn against the leadership with regards to the development of nuclear capability. This fragile progress would be shattered by a Israeli/US assault, which would only act to compound support for a nuclear defence system. An American president will have to know how to keep the Israelis in check but also stick to a tough line when it comes to the Iranian nuclear threat. Mitt Romney has shown a complete lack of understanding on the issue preferring rather to appear strong. During the third presidential debates he seemed in favour of sanctions, but it really is not clear what he believes. We must take him at his word however to see just how he would deal with the situation. Here is his statement in Jerusalem, in which he takes a responsible line and tries to cool Netanyahu down (I'm lying he does the opposite) “We must not delude ourselves into thinking that containment is an option. We must lead the effort to prevent Iran from building and possessing nuclear weapons capability. We should employ any and all measures to dissuade the Iranian regime from its nuclear course, and it is our fervent hope that diplomatic and economic measures will do so. In the final analysis, of course, no option should be excluded. We recognize Israel’s right to defend itself, and that it is right for America to stand with you.”