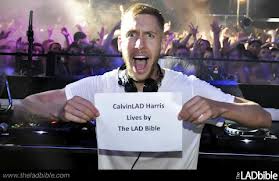 Firstly I have to thank last night’s guests again for an excellent discussion – FemSoc’s Kirsty Haigh and our resident comedian Hitch did a great job of talking through ‘banter’ in its various forms and debating the different contexts in which it occurs. But as ever, I’ll be using this blog to voice my own thoughts on the issues of banter.

Banter is a strange word. Strange because it has come to be as much a phenomenon as it is a word, and strange because its a really confusing phenomenon at that. The Oxford English Dictionary defines banter as “the playful and friendly exchange of teasing remarks”. Yaaay! We all love being playful and friendly and exchanging teasing remarks right? How jolly. Except I can’t help but feel that the word has come to mean something different in recent years, and so I’m calling for a redefinition to “something that unfunny people say to get away with saying potentially offensive stuff”. Take note, Oxford English Dictionary.

I thought long and hard this week about how to approach the topic but funnily enough I found that that in itself told me all I needed to know. My deliberations all centred around the concern that arguing against banter would render me serious, boring and lacking in a sense of humour. And that’s where the problem lies. I love a good laugh as much as the next person, and I’m more than up for banter as it is described in its official dictionary definition, but as soon as its used as some kind of shield that stops people being confronted for racism, sexism and homophobia (amongst other offences) then I’m sorry, but I just can’t be on board anymore.

The dangerous thing is that ‘banter’ as we know it is so casual and everyday that its hugely difficult to confront. Standing up to it means setting yourself up for a barrage more of the stuff. I’m talking about the poor man who tried to complain about the LadBible website (“the biggest LAD community in the world” FYI) and was immediately told that he “obviously needed to get laid” only for hundreds of other men to laugh at him and shower the replier with praise for being such a topLAD LOL. The rest of the world’s men – the normal, nice, everyday men, the men who agree that LadBible is childish and derogatory – are not on these sites. And so banter remains its own little isolated, untouchable world that we can see into but can’t quite penetrate (and I get LADpoints for slipping ‘penetrate’ into a serious article. #topLAD).

For me, the idea that something can be this untouchable is massively scary. Some things shouldn’t be questioned: Beyonce is good, Jedward is bad. The teabag should always go in before the milk. But issues of sexism, racism and homophobia? These are not milk, teabags or Jedward, and they are certainly not Beyonce. They are issues affecting people’s lives every single day, everywhere. And that can’t go unquestioned.

Banter isn’t harmless fun without any consequences. Banter is Andy Gray saying women don’t know the offside rule, immediately dismissing the years of training, dedication and commitment of sporting women everywhere with one stupid sentence. It’s Russell Brand describing lewd sexual encounters to someone’s grandad, reinforcing the idea that sex is for men to brag about and women to be ashamed of. It’s LadBible describing women as “wenches” to be “bedded and added to their current lifetime tally”…

I’ll let you digest that again: It’s LadBible describing women as “wenches” to be “bedded and added to their current lifetime tally”. That really happened. So did photo albums called ‘Cleavage Thursdays’, and a list of commandments including “Thou shall treat a wench with respect – when she is in the kitchen”.

UniLad’s ubiquitous use of the word ‘wench’ (yes, really) coupled with kitchen jokes brings home another scary truth as well; that banter is a new type of sexism that women of our generation are only experiencing now for the first time. And its a weird kind of backwards, twisted sexism where we’re being mocked for traditional female roles that our mothers, grandmothers and great-grandmothers have been fighting against for the last hundred years. Nobody told them to “get back in the kitchen”, because they were still so busy trying to get the hell out of it. It’s a depressing idea that as women make more gains towards equality, men are forced to revert back to archaic examples of sexism like this. It’s what perpetuates the untouchable nature of banter; as soon as women achieve something new, we’re ‘brought back down a peg’ by men joking about something that we’ve been working towards FOREVER.

I hate to end this blog in quite such a negative way but I can’t help but be totally depressed by some of this so-called banter. Its derogatory, damaging and dangerously indestructible. Women have been paid less than men throughout history, so some brilliant ladies went to court and won compensation for all underpaid women over the last 6 years. The Sun’s Page 3 normalises the objectification of women, so 50,000 people who noticed got together and signed a petition about it. Women in the 1900s thought it was stupid that they couldn’t vote, so they chained themselves to railings and went on hunger strike until they were allowed to. Yet ‘banter’ remains largely unchallenged and certainly defended – and the sad thing is that its supporters aren’t ruthless employers, national newspaper editors or ancient political figures; they’re our friends, brothers, boyfriends and classmates.

So I’m sorry if this blog isn’t really all that funny. Must just be that I don’t have a sense of humour…