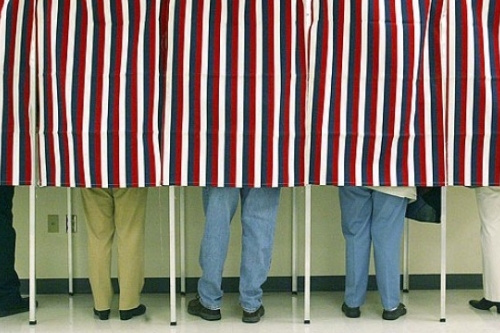 My interest in technology often revolves around one thing in particular – democracy. With technology, it is hoped, democracy can be spread around the world, and this democracy can become corruption free and efficient. As it happens for the American Election this year, there are a number of different technologies that will hope to revolutionise how people relate with politics.

Both Democrats and Republicans have used technology in different ways to better organise their core voters. As part of the 2008 election campaign, in which Obama was elected on a passionate wave of hope and possibility, much was made of the role of twitter and other social networks to really get people inspired by the message. Often neglected in analysis since, given the role of these technologies in events like rioting and the arab spring has seen this form of interaction take on an altogether more violent edge, the role of twitter in getting Obama into the White House cannot be underestimated. Sure, much of his support came from Black and Hispanic voters who finally saw a candidate that might genuinely represent their views, but it was the new generation of voters that he really inspired – a group that transcends both sex and race.

This year, the democrats unveiled their latest tool – dashboard. Dashboard was a project that was being worked on behind the scenes for a number of years, and when first revealed promised to change the way democrats could inspire the grass-roots movement to get involved. The features of dashboard are fairly simple – with simple group network and fundraising tools (see this ) – which all point towards getting volunteers to where they can best be organised. The dashboard does this by connecting to a simple “vote builder” database which contains telephone numbers, addresses, and other personal data, for millions of people and connects these with the volunteers who want to contact them. Why waste resources on known, keen republicans – when instead you can concentrate on getting firm democrats out to vote as early and as soon as possible? Once these early votes are cast, resources on the final stages can be diverted to the undecided (whoever they are).

The role of technology for republicans is an altogether different beast. Their weapon in democracy was the construction of a giant database called Themis – which looked to emulate the success of a similar project called Catalist that helped the democrats win the election in 2008 – but which operates in secrecy. Not knowing much about the project, it is difficult to say much about what it is doing – but some have pointed towards its business partners, which include Intell360 that describes data mining services for likely voters. Under law, due to the way the project is managed it cannot co-ordinate with the candidates, but can work with advocacy groups. What can be said however, relies on how this group has operated – and if it does, as many predict, have voter data, and uses it analytically and efficiently, but which does not include grass-roots and activist groups in its use, we can suggest that it is a project which suppress the democratic instinct. This isn't technology employed to inspire participation in a democratic system – it is designed to beat it.

Obviously this analysis – democrats good, republicans bad, despite both using centralised databases of personal data – fits into a liberal agenda, and many would be right to suggest I have evidence to work with, but it is still crucial that the very central openness of the democrats use of this data, as opposed to the republic closed and secretive model, Much of the campaign for the democrat side of things is about ensuring people vote at all. Getting people to vote, getting the enthusiasm that no only inspires the individual to vote, but frisks them up enough to – it is, and continues to be, the agenda of the democrats to ensure that larger numbers of people are represented, and are given the chance to vote, as the rights and desires of the innumerable poor challenge the individual and private interests of an increasingly limited and privileged few.

For native Brits reading up, hoping as most th

at America makes the right decision – which according to European polls suggests a staggering favour for Obama over his republican alternative – many might be surprised to know that voting is done on ATM style machines, allowing digital technology to permeate the very act of voting itself. The benefits in such a system are clear – in an optimised and totally efficient system, voting calculations can be almost instantaneous, disregarding the slow (and often prejudiced) counting process at the hands of a small army of human volunteers. Knowing where votes were coming from also could be beneficial for identifying where campaign money should be spent, especially for establishing low turnout areas and were access to government and resources should be allocated.

However, as the technology becomes more and more dominant in the American system, the limitations of such devices are becoming increasingly clear. One , shared early this morning, exhibits Je suis un passionne de jeux de casino et plus particulierement de la casino roulette francaise. the problems in a technology that has to be cheap (used rarely, but at an incredible scale) such that it is unresponsive, poorly calibrates, and, worst of all, vulnerable to malicious code and near invisible corruptive software. This sort of problem is almost definitely the feature of cheap software and hardware as opposed to any serious problem, but had this voter not been aware of himself (he does go on to vote correctly according to reports on reddit) or someone perhaps less tech literate, then many votes may be being given to the wrong candidate without awareness. Alongside this, the potential for more sinister software manipulation were presented of the account of what was claimed to be a software engineer who was approached to potentially design a system which not only redistributed and changed votes invisibly, but which would also destroy itself after the event. Without a trail of paper, votes cast cannot be – and who knows, maybe this has taken place in the past. That this sort of corruption appears to have taken place with less technical voting systems, ensuring an open source software for public voting machines – with a proof of receipt system that guarantees a physical presence of the vote after the machine has finished operating – might be a logical technical solution to this problem. As it stands, these electronics are big business, and until money is removed from politics and this software becomes transparent, there will be more possibility for this kind of corruption to exist.

But for all the money spent on these tools, the real game changer this year may well be our friend Citizen Journalism. In 2004, when voter fraud reached heartbreaking levels as thousands (if not millions) of American voters saw their votes ignored  disregarded or thrown out from technical errors, such as the “Hanging Chad” controversy  Today, as voters across America struggle to vote, their stories will be heard and shared whenever and however they occur. The evidence can be filmed, and shared, without the usual limitations that has blighted democracy for a hundred years.

By all means, this does not solve the problem. The rise in this general noise of disenfranchisement will ensure most of this may never reach any sort of worthwhile attention, but factual evidence – rather than mere anecdotal evidence – exists and can hopefully find these democratic problems before they become a real issue.

The role of technology in the everyday has also allowed many to raise awareness of voting applications, making sure people have the right documentation at the right times. Journalism, and the ever present camera, has allowed stump speech and shady conference addresses be fact checked and shared by and for those who perhaps cannot know the facts themselves. Hopefully, as years go by, and technology helps to not only inspire generations to vote, but guarantees access to voting for everyone without having the limitations we have now – with many voters unable to vote in the allocated time due to work commitments and other physical limitations – we can have a political system that is fit for the age in which we live.