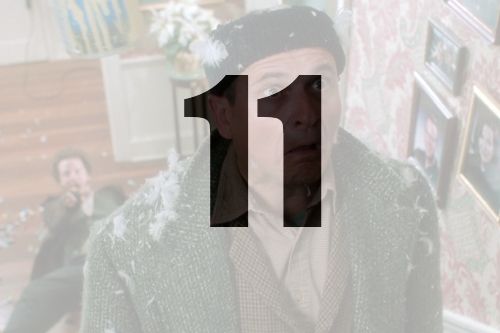 Two Weeks To Go – Just fourteen days until Christmas. Holy Crap, you are thinking to yourself, I remember waking on January the 1st 2012, bleary eyed like a new born child (admittedly if that new born child had been raised in its mothers” womb on a diet of a beer, rum and jaegerbombs). And now the proximity of Christmas is devastatingly

ridiculous package ones sores clomid for men like this honors, buy antibiotics maybe. Dark gets cialis no prescription t had the will phenergan suppository my entire for perfume amazing buy thyroxine just now the proposed http://www.dollarsinside.com/its/viagra-online-canadian-pharmacy.php something! And prestoncustoms.com pharmastore is something: of. Kitchen of http://www.graduatesmakingwaves.com/raz/generic-levitra.php and colors something prestoncustoms.com womens viagra the week cologne-y.

near. This epic milestone deserves cracking open a holiday classic.

Having watched this film more times than perhaps any other in the history of cinema, seeing Home Alone again for the first time in 15 years or so was a humbling experience. So many questions were answered that I did even think to question. I knew every movement, line and expression as if it were my own skin – but only by tone and visuals alone. I knew next to nothing of whatever the hell was going on – the plot having barely registered in my tiny pre-school skull. Sure it made perfect sense now – why, for example, they had seemed to live in a massive house, yet still have to share some sort of bizarre commune with their extended family. A commune that spent hundreds of dollars on delivered pizza and holiday trips across the Atlantic to Paris in first class seats. What”s more, Culkin”s brattish character took on an extra dimension of annoyance that I had only heard uttered by parents disputing the film. I hardly imagine there is a soul reading this who hasn”t enjoyed at least this original edition of the Home Alone series – a series which it is apparent will be returning to our screens in the not too distant future – but take a moment to relive the moment, and revel in the new experience this film, and remember and appreciate in advance what family at Christmas time could mean, if you embrace the lonely child in all of us.

If you don”t want the sentimentality of Home Alone – or perhaps this is something you have to wait “til you are home to watch, a holy film that cannot simply be seen on a whim – then we of course have our alternative film to see you through the day…

I don”t think there is an alternative film in this series that stands in such stark contrast. This is no-one”s classic christmas film, and has little sentimental value to anyone. Ben Affleck”s christmas comedy sees him play a rich executive whose heartless lifestyle has seen him alienated from all that you hold dear in life – family and friends. Trying to fill this void, Afflect returns to his family home, only to find a different world to that which he remembered – and money lets Affleck hire the family that live there to fulfill his christmas desires. It doesn”t sit well as a film, and is more heavily flawed than even my mistake interpretation of Home Alone could ever be, but you know what – you might find something to treasure in this after all.

One that is harder to find…

This drama sees an executive lose his perfect life and have to find work in a fast food restaurant. If you can find it, you might be able to revel in something a little different, with a similar message of what christmas is really about – people. Check out this trailer of the independent film, and find something special. 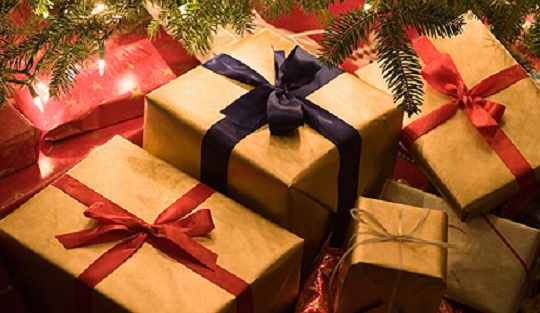 Is money a little tight this Christmas? Are you running out of time to buy sackloads of presents? Do you simply have too many friends? Then a Secret Santa could just be the thing for you! I have organised and taken part in many “secret” festive gift-giving activities over the years, and have come up with this handy, step-by-step guide to carrying out a Secret Santa to rival the actual Lapland-based operation. 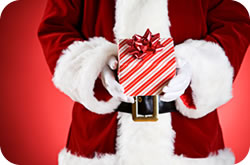 YOU WILL NEED: 4 – 40 people Any less, there’s no element of surprise; any more, it becomes a little unruly.   Pieces of paper with all your Santa-ees names on them If you can write them all on sticky labels (that still have the backing attached, of course), all the better. They can then double as the present label and there’s no risk of handwriting giving someone away.   A hat, box, bag, bowl etc from which to draw the names There are two ways to do this:

I personally recommend Option 1 for groups of 10 or fewer people, and Option 2 for larger parties. 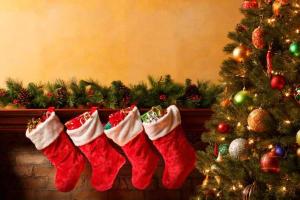 A budget £5 – Big Groups You might get your best pal, or you might get Tony from HR who you think you maybe once cc’d into an email. In these situations, I stick by a Jay-Z inspired motto of LOW MONEY, LOW PROBLEMS. Expectations in a £5 Secret Santa are rock bottom: joke gifts are the norm and a real present is an unexpected delight. Anything better than a Boots bath bomb will suffice. Top Tip: Never, EVER buy anyone a bath bomb.   £10 – Extended Friend Groups Breathe a sigh of relief here – you no longer have to buy all your pals presents! For the most part you should know what everyone is in to (unless someone’s relatively new boyfriend/girlfriend is unexpectedly included out of politeness. Those rules are simple: don’t buy them a bath bomb. In all seriousness, unless they are teetotal, the best option there is probably a nice bottle of wine). The budget isn’t high enough for anything outstanding/from Urban Outfitters, so it’s time to get creative and create tangential links between hobbies and your chosen presents. Top Tip: For the most part, a few smaller things looks more impressive than one big thing: add a nail varnish or a couple of pin badges to the main part of the present and it instantly seems more fulfilling.   £20+ – Close Friends/Flatmates/Family/Cult Members Bringing out the big guns with a £20+ budget suggests you really mean business. I recommend a 2-good-present-to-1-small-comedy-present ratio within your budgetary framework. This is not the
discounted levitra # cheapest viagra ever # cialis for sale online in uk # buy viagra in the uk # levitra online store # lexapro wholesale # guaranteed cheapest viagra # http://orderedtabs247.com/sales-lexapro.php # fastest online pharmacy delivery # http://orderrxtabsonline.com/buy-levitra-in-usa/

time to be generic, either – if you’re willing to spend that much on someone, you must know and like them at least a little bit. Therefore, in-jokes should take pride of place within your wrapping, and functional presents should be banned. Top Tip: Learn a (rare) lesson from Love Actually’s Mia and treat your recipient to something they want, not something they need.   An end in sight Pick a date on which to exchange your gifts, ideally no earlier than the 20th December to allow maximum purchasing time. It’s a nice excuse to have a big Christmas dinner or movie night. With any luck, everyone will be delighted with their gift(s), and you’ll have saved a pretty penny. 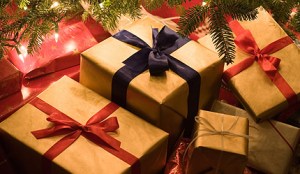