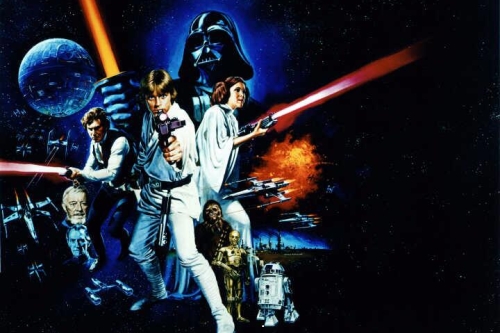 Disney just bought LucasFilm. Here”s what we can expect.

The seventh episode will heavily revolve around the most loved character in the Star Wars Universe but has so far been ignored – it just so happens haven”t been exposed to him yet. His name is Sing-Zing Mali, a cute bumbling bafoon, with the face of a honey bear, the arms of Stretch Armstrong and a sharp tongue (literally made of metal, not witty at all). His catchphrases include “hug a me, me sa outta this world”, “Ploo-ey!” and “He no a jedi, he”s a-mine friend!”. He looks surprisingly like a plush toy of a character that didn”t sell well from a previous Disney film.

The end of the Sixth Film (spoilers) has Luke Skywalker discovering that not only is he a Jedi (shorthand slang for teh “Jedeye”d Warrior”, baisscally meaning one who can see with his third eye), but that too he was Darth Vader, the most evil bald man in the entire universe, and that Annakin Skywalker is his son (should have been obvious, given that they shared the same Surname but when your kid is that annoying you just hope he isn”t yours against the odds). Unable to cope, Luke breaks down on the job (scottish for doing a poo) and runs away (flies in a space craft) to the Papatootine, a swamp planet inhabited mostly by after-eight mints (there is an auction as we speak for rights to what after dinner mint this species is based on).

Sing-Zing Mali, voiced by Mel Gibson, is sent to the planet by Hand Solo (after an epic game of Squigglebum in a sequence partly remeniscent of Harry Potter”s Quidditch, but featuring Lilo and Stitch on pod sticks) spends most of the film sat on the ceiling comforting Luke in his new found position of authority as a pyschiatrist – which in the local dialect means a kind of stripping jester, one part sexy, four parts humorous. Luke refuses to get down off the ceiling as he is laughing too much at some tap dancing swamp trolls (which to us look a lot like penguins).

In an emotional climax to the film, Luke asks Mali to stop dancing, and realises the error of his ways, and the two share a moment in each others” arms as Luke whispers online casino to Mali “it”s not your fault”, before tears are shared, drunk and then Luke departs. Just as he is about to leave, Luke turns round as Mali holds his nose (a short trunk of a thing) and says “Ploo-ey!”. They laugh, and Luke wanders off into the night (there is no sun on this planet).

That”s all I can say so far about the film, but it is likely to feature a lot more songs than is usual for a star wars film which can only be a plus for the franchise that has, frankly, been dead since they refused the Star Wars/Star Trek crossover masterpiece – the result of which ended up becoming the plot of “Five Year Engagement”. Directed by Pee Wee Herman, the working title of the film is Star Wars 7: Luke can do it, and should hit our shores in 2015 to a Pizza Hut near you.

The real coup for Disney is the acquisition”s place in their vast empire of theme parks. One obvious repercussion is that Yoda will, from fall next year (2013), feature in the Tiki Tiki room at Disneyland, alongside Zazoo in one of the parks tamer attractions – hilariously singing along with the rest of the team, but getting the order of words wrong in all the songs, yet miraculously maintaining harmony with the rest of the music. Against expectations, Star Wars will not take over the Epcot centre, but instead the Jungle River ride will become a sort of Star Wars Safari, still set in the same location, that of a river in a jungle, but now all the animals will be replaced by droids and/or featured characters from the Star Wars Universe. Finally, Jabba the Hut will become a main attraction in a Star wars themed restaurant as a sushi chef – following his now all but confirmed appearance in the new Monsters” Inc prequel (which is what this acquisition has been all about) as a Japanese student. 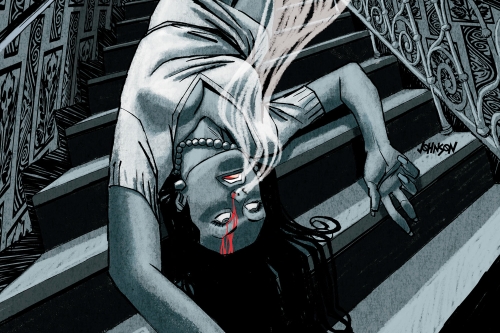 There are a number of new and interesting horror comics hitting shelves today and quite a few of them are worth a look.

This book gives you 80 pages of ghosts and horror from some of the best creators in the industry. Yes please. If you are going to buy one book this Halloween this has to be it. The slightly higher price point may be a little off putting for some but this anthology book promises amongst its many stories the tale of ‘a spirit who wants to play synthesizer in a techno band’. If that doesn’t get you reaching for your wallet I don’t know what will. Perhaps the impressive line-up of creators including Geoff Jones, Phil Jimenez, Joe Kubert, Amy Reeder Hadley, Paul Pope and Jeff Lemire to name a few.

DC have really grasped this Halloween new comic book day by the horns with the release of the above book from Vertigo as well as this new horror title. When it comes to horror comics Steve Niles is one of the industry’s biggest names, he created 30 Days of Night. This haunted house/apartment story drawn by preacher artist Glenn Fabry promises to be a creepy affair.

Nick Spencer created one of my personal favourite new books of the last couple years Morning Glories, which was discussed a few weeks back on this site. The current winning streak of Image Comics new releases also gives me huge confidence. The preview doesn’t give too much away but expect murder and mystery with the story of a homicidal maniac who ‘got better’. If the mystery and horror of some of Morning Glories are anything to go by this will be a book you will want to pick up from the start. All that plus the gorgeous artwork from Riley Rossmo, as seen in Cowboy Ninja Viking, make this a must for horror fans.

As well as the above new series there are also a few continuing series being released today that may satisfy your horror needs.

Whispers #4 from Image Comics is released today, though if the story of a mentally troubled man leaving his body in ghost form to manipulate others in disturbing ways tickles your fancy I would go and seek back-issues/help.

Dark Horse has their Buffy Season 9 comic book Angel and Faith #15 if vampires and continuity are your thing. Also out from Dark Horse is the confusingly titled B.P.R.D: Hell On Earth #100 Return Of The Master #3 make of that what you will.

The zombie/vampire mash-up New Deadwardians #8 comes to a close this week. I would wait for the trade on this one.

IDW are the clear Halloween winners with the releases of so many of their biggest horror related licenced properties – Ghostbusters, 30 Days of Night, Godzilla, True Blood and a rather interesting sounding Mars Attacks Holidays One Shot.

All in all it is a rather good time to be a horror/comic book fan.