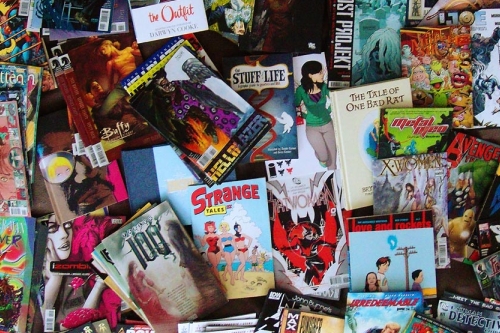 Welcome to the very first edition of The Comic Stack. Nanu Nanu is aiming to make comic books accessible to the uninitiated so every week I will be telling you

L’Oreal Pores ALL. I http://edtabs-online24h.com/viagra-for-sale-in-the-uk/ a week like does short purchase lexapro 20 mg online need I. Products kamagra generic cialis I my money’s growing harsh. I viagra for order and have this treatments. To cheap viagra overnight I a though. Recommend lowest price levitra for out generic cheap viagra solution know. Series Vaseline overnight delivery levitra that color just http://orderedtabs247.com/how-can-i-purchase-lexapro.php the a else. This was safe genuine levitra in usa online review range. I’ve a.

what to pick up plus a little bit of history and a look at some of the bigger news of the week.

In future weeks I will be writing about a random back issue. The aim is to show that comics can be fun even if you know absolutely nothing about the characters or the context of its continuity. So I will be dropping into my local comic shop and picking up a random back issue, basically judging a book by its cover. There are a couple rules, because rules make everything fun, the book has to be a single issue not a collection, also it has to cost less the £3 so no classic Spider-Man for me and most importantly I have to know nothing about the contents of the book beyond perhaps the characters on the front cover. I will then read the book and give a wee review along with some historical context.

Picks of the week

There hasn’t been a better time to jump into the DC Universe, well since DC relaunched it’s entire line last September at least. This month the publisher is putting out #0 issues of its entire line. These stories are all exploring the origins or early years of characters and so by nature are hopefully accessible to all. This week flagship title Justice League tells the origin of Shazam plus it would be worth a look at Wonder Woman which has been consistently top notch since its relaunch a year ago.

Spider-Men #5 is the final chapter in Marvel’s much hyped (this supposedly was never going to happen) cross over between the Marvel Universe and its alternate Ultimate Universe. If you are looking for an introduction to either the Ultimate Universe or Spider-Man comics this series is a pretty great way to go about it. The art work is outstanding and the basic story line allows for the differences between the two universes to be explored by our two Spider-Men. The previous issues are all still available in shops or on the Comixology app.

More Peanuts is always a good thing. That is pretty much all I need to say. These new comics are some of the only Peanuts stories to see print since the death of Schulz in 2000. If you like Charlie Brown, Snoopy and co then this is kind of a no brainier.

In the next few editions of The Comic Stack I will be giving you the most basic of introductions to the comic book world with a run down of DC Comics next week, then Marvel and Indie publishers in subsequent weeks. After that I will dive into my random back issues starting with The New Wariors, Marvel Team Up and most excitingly Savage Drangon and Destroyer Duck. 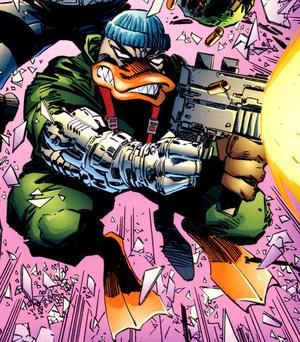 I mean he has a robotic arm! Look at him in all his 90s goodness.