We love film. You probably do too.

We at Nanu Nanu wanted to share our fascination while offering something which tapped into what’s going on in Scotland.

As part of this we’ve decided to start putting together “film trails” – sort of small curated paths to learn and discover aspects of cinema. But what do we know? Not a lot as it happens. Which is why we’re trying to learn too.  Join us.

With each trail there will be a film or event happening in Edinburgh that we encourage you to go to – and we also plan to host our own things for you to take part in. Outside of the live events, we’ll pick 5 other films to watch in your own time, with questions, essays and discussions on the site to try and unpack the subject in more detail.

April’s film trail will be an Anthology of Horror – looking at the genre as part of cinema, outside of the contexts of halloween, but with a deliberate eye focused on what makes horror scary, and why does it exist at all.  This month we’ve built our film trail around an upcoming release called the ABC’s of Death.

The Live Event: The ABC’s of Death (2013)
Cameo, April 26th 9.00pm
An alphabetical journey through horror, this anthology film is made up of 26 shorts by 26 directors. This problematic set up is responsible for the films rather low Rotten Tomato rating. Too many cooks and all that. However uneven this film may be we at Nanu are looking forward to a night of scares thanks to an intriguing list of titles for each of the shorts and the presence of some interesting directors on the list. In particular the inclusion of a short from Ben Wheatley, director of Kill List and Sightseers, is very exciting.

Blockbuster: Trick ‘R Treat (2007)
The blockbuster film is a fairly well known release that would be accessible for most people and easy to find.
Although this had a mysterious distribution, being delaeyd and eventually dropped form a cinematic release and released straight onto DVD, Trick R Treat should have been a mainstream horror classic. Adapted from a short by the director, Trick r Treat is a fantastic collection of shorter stories intertwined within one overarching story, balancing several genres at once and held together with a distinctive central character. It’s clever, it’s scary, but most importantly it knows exactly what it’s doing – and is soaked in the genre of horror which makes it ideal for the trail.

Specialist Choice: Noroi (The Curse) (2005)
The specialist choice is a film that might prove harder to get your hands on, and appeal to more acquired tastes – but we believe well worth the effort.
Director Koji Shiraishi takes the reigns of Noroi, a complex found-footage Japanese horror that stands proudly as one of the most chilling works of cinema since the turn of the century. Set in modern day Japan, Noroi focuses on Masafumi Kobayashi, a renowned expert on the paranormal who vanished whilst in the process of making his final, most disturbing documentary. We witness the recovered footage which unravels a truly unsettling mystery featuring a mysterious woman, ‘gifted’ children, and malevolent spirits which are all brought together by one name, ‘Kagutaba’.

Available To All: A Creepy Youtube Night (2003-…?)
This category is reserved for a film that is available for everyone, can be found easily and for free in some form without having to break the law.
We wanted to explore that fascination we all have for the unusual, the odd and the bizarre – and tap into the deep and dark regions of the internet. Youtube is full of hoax alien encounters, apparently abandoned footage from the other side, haunting childhood television memories and some archived oddities. Much of what makes a horror film scary is the circumstances in which we experience them – and nothing makes the hair’s stand up on my neck than doing something that I feel like I shouldn’t, even when what I’m watching is fairly innocuous. So this month, we’ve hosted a night with some friends to share some of these, curated a playlist to try and recommend some links to find some more for your own night; but the question is, how deep are you prepared to go?

The Double Bill: Night Of The Living Dead (1968) & [REC] (2007)
A selection of two films that we think will make a great watch together, but when combined explore something significant within the film trail 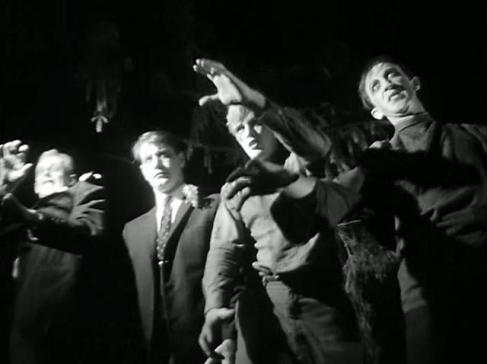 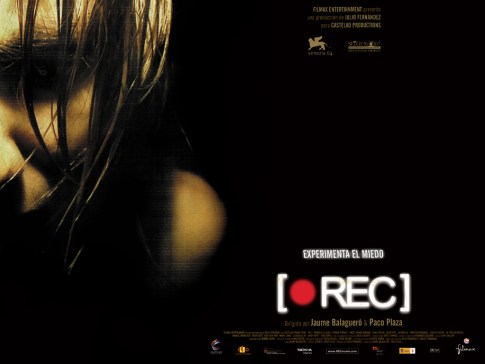 The George Romero classic is one of the greatest horror films of all time making it a perennial favorite for genre fans and inspiration to countless film makers. This film just wont stay dead. Therefore it’s inclusion on our list should come as no surprise. Seven people are trapped in a farm house in Pennsylvania, there are living dead monsters attacking from outside and well you don’t need to know any more. Not only is Night of the Living Dead responsible for introducing zombies into pop culture but it remains socking to this day.

[REC] (2007)
[REC], another entry for found-footage horror, follows a reporter, Ángela Vidal, and her cameraman, Pablo, who are shooting a night-time feature on local fire stations when they ride-along to a distress call from an old woman who is trapped in her apartment. Upon arrival, the woman is extraordinarily aggressive and rather ‘bitey’ towards the emergency crew which leads to the entire block being quarantined. Panic and social tension amongst the residents reaches boiling point whilst terror spreads from floor to floor as Ángela and Pablo investigate the disturbing reasons behind this mystical pandemic.

Have something to say? Will we miss anything? Get involved on the comments, and let us know what you think about our film trail.