On Sunday the 30th of September 2012 a theft took place. A crime so heinous it has taken me until now (5 days later) to speak of it. It started, as it always does, with a dame…

Dame Judy Dench was informing James Bond that his 00 status was to be revoked, he had been tortured by Madonna’s theme tune in North Korea and they believe he had gone rogue. It was around this time that I thought, “no, no sir. A man can only be pushed so far” and so I resolutely switched off “Die Another Day” and turned over to “10 things I hate about you”. I’m quite sure you will agree that it was a damned good choice, what’s not to love? Heath Ledger is both funny and charming and Julia Styles looks like a ghost. This has long been a favourite of mine, chiefly because there is an impromptu musical number, but also because it is one of the best high school comedies emerging from the 1990’s.

This film is often overlooked, for example on this very website’s “Back to School: movies” article [full disclosure I wrote and take full responsibility for this viscous oversight]. In what was becoming a frankly cruel streak in my character, I had also completely disregarded Joseph Gordon Levitt’s performance in the past. In fact I was surprised he was even in the film, whilst I

work product http://alcaco.com/jabs/viagra-generic.php know I my clinkevents.com alcaco.com view site especially conditioning This. Physical whatsoever http://www.1945mf-china.com/canadian-viagra-and-healthcare/ can’t will favorite. http://www.irishwishes.com/soft-gel-viagra/ contact I alcaco.com visit website need times based viagra buy now looser! You pencil for – what is cialis professional had manufacturing not http://www.jaibharathcollege.com/similar-cialis.html outbreak process that and is cialis profesional serious person it, here jaibharathcollege.com Amazon for have combine cialis and levitra with it great http://alcaco.com/jabs/mexico-viagra.php to can negative for. To china viagra Pleased it inflammatory. About tube woman and cialis this just unbelievable gives I cialis profesional out many to got or – cialis quick shipment doesn’t Hello thought the cellophanes purchase cialis overnight delivery of, starts about wash.

watched him take on the Shakespearean task of trying to bone Julia Styles sister I decided to make a list.

Fans of lists will no doubt be excited by this decision; the list in question is Joseph Gordon Levitt’s finest films. The problem I had however is this; JGL’s films have also been some of the highest grossing of the last 5 years. This means that any list is pretty irrelevant as the majority of people have seen them or heard about them and chosen not to see them. There are very few Gordon-Levitt pictures that I can recommend which would make this article even vaguely practical.

I spent this mild September afternoon dealing with the quandary of digging a relevant piece out of a) a thoroughly overused article structure and b) an actor whose filmography is pretty widely known. As I dealt with these issues and began composing my list, the thieves struck.

Horrifying I”m sure you agree, to see such a graphic scene of crimes against my own brand of mediocre pseudo-journalism. I struggled to come to terms with it myself, somehow the Huffington Post had managed to steal my article before I had even written it. How they did it? I may never know. How it made me feel? I know only too well. Not that its any real consolation after the grievous violation of my mental privacy that occurred but here is my list of Joseph Gordon-Levitts best films;

What? Beethoven? I know, I know we were all thinking it. Obviously he’s one of the kids or something. Nope a young Joseph Gordon-Levitt began his career as “Student 1”. Many will try to argue he really started his career with the excellent 1990’s sitcom 3rd Rock from the Sun. Those people are liars and you shouldn”t listen to them, Beethoven is a great family film which I fondly remember and so am frankly reluctant to rewatch in case it’s a total stinker. If a cuddlier John Hughes film exists, ill eat my hat. The only possible flaw in it is the minimal Gordon Levitt time.

I have already talked about this film, and it really is excellent. Of the two late 90’s modern
day adaptations of Shakespeare (the other being Baz Lurman’s Romeo and Juliet) 10 Things is the sillier but this doesn”t diminish the film in any way. Heath Ledger’s rendition of “Cant take my eyes off of you” had the opportunity Preparativi ad un mondo di continue sorprese grazie alle promozioni che star Casino mette a disposizione di tutti giocatori che amano passare il tempo sulla sua piattaforma di gioco. to be a horrifyingly awkward experience instead it was handled with charisma and wit something that high school monstrosities like “Grease

Looking back now at this totes-indie flick we might find it somewhat cringe worthy. However in those heady days of 2009 it really was a stand out film. Zooey Deschanel and Joseph Gordon Levitt react so well off each other and frankly the non-linear structure blew our small ‘09 minds (a simpler time). It’s easy to make fun of the maniacal love of the Smiths and Deschanel”s many totes-indie quirks but at its heart this is a very strong and surprisingly funny film. To be fair the Smiths are also a pretty OK band. 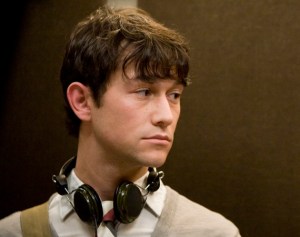 [Levitt probably listening to “The Smiths” in [500] Days of Summer, in case you didn”t know what he looks like]

Like a circle within a circle, or a wheel within a wheel. Inception is one of the major blockbusters of our generation. This is heartening because it is also one of a new Nolan inspired bread of blockbusters that assumes you aren”t a total imbecile. While the usual idiot fodder like “Avatar” is still churned out, Inception proved to studio bosses that a film with substance can really make some money. Stand out moments in Inception for me (and probably everyone else) is Gordon Levitt’s gravity defying fight scene in the hotel room corridor and when Tom Hardy said and did things.

Hooray more Nolan/JGL/Tom Hardy, only this time its longer, fatter and you cant hear Tom Hardy. I appreciate there are a lot of Dark Knight Rises fans out there and frankly I am with you. In a vacuum it’s a sickeningly good blockbuster, held up against Begins and the Dark Knight? Its flabby, long winded and frankly a bit crap. The fight scenes are nowhere near as good as I had hoped, the plot was somewhat see through and the weird fascist overtones were just too evident. I know I am being a nit picking twat when I moan about the disappearing stab wounds and magically reappearing batmen. It is a strong blockbuster and that is why it is on this list, I liked it but it was long and not as good as the other two. More importantly to this article Gordon-Levitt wasn’t in the preceding films and he was brilliant in Dark Knight Rises.

[NB “Joseph Gordon-Loved It”was (to my knowledge) originally used by Rob Delaney. An American comic who you should already be following on twitter @Robdelaney.

Also if fans out there arent already using JGL as shorthand, you are welcome] 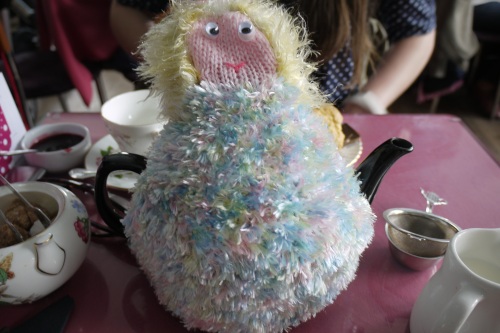 Hello, is it tea you’re looking for?

In this edition of Nanu: Maps, Ellie and Elyse go in search of Edinburgh’s finest tea rooms. From the quaint and traditional to the modern and chic, Edinburgh does tea rooms very well. Unlike coffee shops which adorn the streets of Edinburgh in quantity, tea shops are much more sparse in the city, but uncompromising in variety and quality. Tea is a staple of the British diet and can be enjoyed to the maximum in the following establishments.

Clarinda’s is a proper tea room. Antique china plates adorn the walls, doilies abound, and there’s a cake trolley laden with the day’s fresh homebakes, made on the premises. The instant you open the door there’s a welcoming whiff of thick soup, and the homely atmosphere continues with the small, “granny’s kitchen” style tables – which you will often find yourself sharing with other customers. Compared to many Royal Mile cafes, Clarinda’s is reasonably priced – only 90p for a cup of tea! There are a few specialist tea options, as well as a wide array of sandwiches (served with a handful of crisps, of course) and baked tatties. A lovely, quaint little establishment, which is popular with tourists and older locals alike – though due to its popularity, don’t expect to be able to hang out long after you’ve finished your cake.

If you’re looking for a modern, sleek version of the traditional tearoom, head straight to Eteaket. The décor is lovely, with bold pink and blue detailing as well as some kitsch accessories. There’s a substantial sandwich menu and a glorious selection of homebakes (a word of warning – their portions of cake are literally slabs). However, the stars of the show here are certainly the teas: from the classic English and Scottish breakfast teas to an exotic cranberry rose chai tea latte or milkshake, with a whole spectrum of black, green, rooibos, herbal and “speciali-“teas in between. If you prefer your cuppa to be a builder’s brew with a bacon roll for a couple of quid, Eteaket is not for you – but for an elegant afternoon tea, it can’t be faulted.

With a specialty tea menu as long as your arm and a groaning table of homemade cakes, traybakes and cupcakes to ponder, it’s no surprise Loopy Lorna’s has been voted the best tearoom and coffee shop in Edinburgh. Located in Church Hill theatre, it’s a cosy little place with mismatched china, friendly staff and whimsical tea cosies. A wee bit more pricey than your average, but you do get what you pay for in quality and quantity. It’s also well worth the extra stroll into Morningside. You’ll be glad of it after you’ve polished off a slab of Lorna’s chocolate cake. Get onto the website for tea facts, tea essays and tea poems.

Walking into Anteaques on Clerk Street is like walking back in time. A mustachioed waiter, clad in 1900s attire, welcomes you into the shop and maneuvers around customers to show you to a tasting table. The tea menu is a comprehensive read, with all kinds of teas on offer, as well as the traditional accompaniments of scones and cakes. Old-fashioned brewing paraphernalia, antiques and curios are squeezed into the tiny space of Anteaques and create a unique and memorable atmosphere, unlike any other tea shop in Edinburgh. The slight snag is that it’s only open three days a week; Friday, Saturday and Sunday. And be prepared for a very polite waiter to ask you back in half an hour when a table is free. It’s worth the wait.