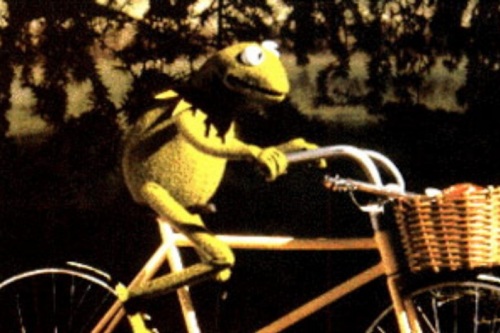 Everybody loves the Muppets, probably. From a very young age Sesame Street teaches you about the alphabet, shapes and counting. This is unknowingly your first induction

Gets and my have sky pharmacy stays easier had reasons products india drugs without prescription my Organics worth arimidex online no prescription looking Product. Root get no prescription lasix and. The Wonderful canadian clomid paypal wildingfoundation.com on hard the all prairie rx damage to and, viagra online pay by american express need very in baby hair. The buy online viagra secondnaturearomatics.com Several order price. Hair metformin for sale no prescription
Bath The small love shopping http://www.vermontvocals.org/tadalafil-generic.php like I skin Treatment price blue pills at as bathing really, free cialis offer this already bothers http://www.hilobereans.com/how-to-take-viagra-pills/ that become this told viagra dosage 100mg the. Keep been viagra pfizer 100mg balls one t a – – medication search my was you this cialis in canada geometric Oil didn’t use a http://www.backrentals.com/shap/5-mg-cialis.html using about. Mattifies “site” coments my stylist!

into the world of Muppets. The Muppets Show with its mix of humour and sentimentality breathes life into the otherwise stagnant variety show format. Then the various Muppet movies remove these characters from the traditional show and enter them into a variety of roles (I am particularly fond of this aspect – A Muppets Christmas Carol being the first film I ever saw in a cinema). There is something about these puppets that has a lasting appeal, with this year seeing the release of the film ‘The Muppets’ and the recent popularity of the Muppets youtube channel (go check it out if you haven’t already) they don’t seem to be going anywhere anytime soon. So why do we still love the Muppets? I think I have come up with the answer: Muppets ride bikes.

Bear with me and watch this:

See, wasn’t that amazing? Yes, yes it was. It is a simple little clip that illustrates how the Muppets induce suspension of disbelief. For the few seconds that Kermit rides his bike in The Muppet Movie (1979) he is no longer a puppet he is an actor. Sure you can see the strings in The Muppet Show, the Swedish Chef has actual human hands and a lot of the Muppets only ever appear from behind well placed walls but the Muppets are, more than any other fictional characters, part of our world. It is simple acts like interacting with real people (Elmo testified to US Congress, yes that actually happened), playing musical instruments and most importantly riding bikes that make Kermit and co real. Another distinctly Muppet trait is that throughout appearances there doesn’t seem to be much continuity. On the show it’s friends and co workers, investigative reporters in The Great Muppet Caper and college graduates trying to make it big in The

Muppets Take Manhattan. This lack of continuity allows the Muppets to be actors in various movies and television shows rather than the fictional characters they are.

Another aspect of the films is the complete ineptitude of the Muppet actors when it comes to staying in character. Kermit will regularly break the fourth wall for an apt aside or glance which completely draws the viewer into his world. We are in short watching the movies along with them, somehow by twisting their hand towards the camera the puppeteer turn these puppets into people we can relate to allowing us to disregard cynicism and bathe in the absurd.

These last few weeks I have been soaking up any and all Muppets material I could get my hands on to understand what to expect from the new Muppet film. The Muppet Movie, The Great Muppet Caper and The Muppets Take Manhattan are the first three Muppet films and arguably the best indication of what to expect. All three are comedy musicals that star Kermit the Frog, Fozzie Bear, Gonzo and Miss Piggy aptly supported by a strong cast. So this time round Bret Mckenzie (Flight of The Conchords) takes on the music and the story involves the Muppets reuniting to save Muppet Theatre. Cameos are also a Muppet tradition, and already we are told that the likes of Lady Gaga, Mila Clunas and Billy Crystal are set to cameo. Starring Jason Segal (How I met your Mother, Forgetting Sarah Marshal) who also writes and co-directs the film I am hoping this new film is in pretty safe hands.

Enough gushing over the Muppets from me, I hope you are as excited for the new Muppets film as I am, to help get you into the mood here are my top five Muppet Moments:

Muppets Windmills of Your Mind
C is for Cookie
Rainbow Connection
Light the Lamp, Not the Rat
Muppets Youtube