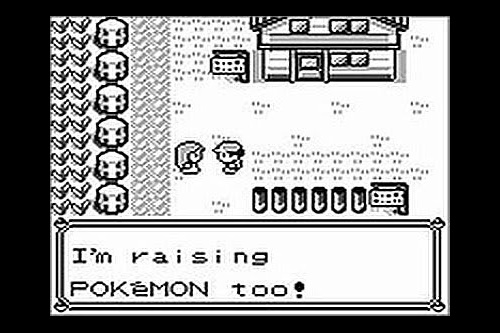 This weekend sees the launch of the new Nintendo handheld the 3DS. At £200 3DS is an expensive prospect but frankly for any self respecting handheld gamer an inevitable one. So I am here to help, below are my selections to keep the handheld gamer within you subdued until you have saved up enough money or until Lylat Wars 3D forces you to buy the 3DS. Whichever comes first.

Pokemon Black and White were just released at the start of this month. There are no real surprises to be had in this game other than the visuals that have been slowly evolving over the last 15 years to result in the now stunning environments that we see in Black and White. The core game play is very similar you have to build up a pokedex for the professor by going on an adventure that involves; gym leaders, sinister organisations, a rival, elite four, battling pokemon, catching pokemon, training pokemon, evolving pokemon and legendary pokemon. The pokedex is limited to around 150 again all of which are new pokemon, making the “gotta catch ‘em all” tag line slightly more attainable than the 650 pokemon that could have been available. So if you are a pokemon fan you should certainly be buying this game, in fact you probably have, because it is the best core pokemon game to be released to date, I know you have been playing the same game for 15 years but trust me it really is worth it once again.

Dig out your Game Boy Advance!

The Game Boy Advance is one of the best gaming consoles to ever come from Nintendo. Alongside the Gamecube the GBA made the early ‘00s one of the best times to be a Nintendo fan. The GBA is 10 years old this year and in celebration I will be digging mine out to remember some of the best handheld games ever made. I invite you to do the same, relive your well spent youth by revisiting Wario Ware Twisted, Metroid Fusion and Golden Sun. The actual 10 year anniversary is in June and nearer the time I will have a full celebration of the best games up here on the site.

Dare I say go to the App Store?!

One of the best handheld gaming experiences I have had over the last couple months has not come from the mighty Nintendo. It pains me to say this but it’s true. The Apple App store has become one of the biggest contenders in handheld market. Apart from enjoying the addictiveness of Angry Birds and Doodle Jump I wasn’t really all that impressed; I never thought I would buy a game from Apple that was anything more than a distraction for bus journeys. Then I discovered Battleheart, a really simple RPG that has a hugely demanding difficulty curve and an impressive array of power ups which you must combine to build your “team”. The visuals are simple, designed to produce the best from the iPhone without pushing its limits like a lot of big titles. The most impressive thing about Battleheart is the fact that it grasps the mentality of an iPhone gamer completely; the game can be picked up and played for an enjoyable 15 minutes on the bus or a few hours in front of the television.

So there you have it, whilst you are saving up for the 3DS those are my selections to keep the handheld gamer within you subdued.